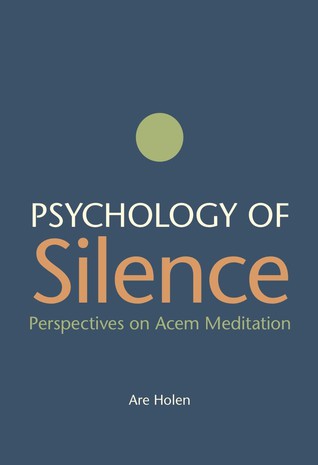 This classic introduction to Acem's theory and practice of meditation, written by the founder, is available for the first time in English. It provides and easy-to-read account of the technique and it's effects on health and personality. The book also includes chapters on meditative silence and the cultural background of Acem meditation. This edition has been thoroughly revised and updated, with two new chapters, one that compares different forms of meditation and one that explores the depths of the meditation process. Acem’s down-to-earth approach to mediation originated in Scandinavia in 1966 and is now taught on all continents. This approach is based on intensive experience, a user-oriented psychology of meditation, and scientific research on the relaxing and transformative effects of mediation on brain and body.

Are Holen, MD PhD (born 1945 in Norway) founded Acem in 1966, when he was a student. He is currently the head of Acem International. A respected lecturer and meditation guide, he has beenpractising yoga and breathing exercises since 1961 and meditation since 1963.

Both a professional psychologist and a physician, Dr Holen specializes in psychiatry and psychotherapy, and he is a consultant in the field. He holds a position as Professor Emeritus of Behavioural Medicine at the Neuroscience department, Faculty of Medicine, Norwegian University of Science and Technology, Norway (NTNU), and he has also been affiliated with the University of California San Francisco, Stanford University and the University of North Dakota. His areas of research are traumatic stress, medical education and group processes. He is an internationally renowned stress and disaster researcher and an expert in the study of people in crisis after accidents and disasters.

He was called upon as expert after the terrorist actions in Norway on 22 July 2011, the tsunami in the Indian Ocean in 2004, and the attack on the World Trade Center on 11 September in New York City in 2001. He is also involved in meditation research and has published several books and articles on related topics.

In 2014, His Majesty King Harald V of Norway appointed Are Holen Officer of the Royal Norwegian Order of St Olav for his major contributions to society, including his work in Acem. In 2016, Are Holen received the international Brand Personality Award for his work to improve people’s quality of life and in the service of humanity and society.

During Acem’s first years, he studied Sanskrit and spent some time in India, comparing and exploring various meditation traditions. He is married and is the father of two children.